The History of IIM 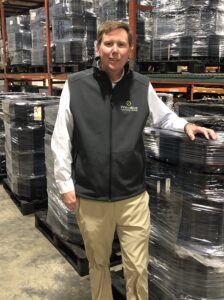 Innovative Industrial Motion was founded by Rush “Cotton” Clifford in 1961 in Memphis, TN.  The company was originally involved in representing manufacturers in the power transmission and rubber products business.  IIM was one of the founding member companies of the PTRA in 1972.  In 1989, Bob Jones, General Manger and Wayne Collinsworth, Vice President of Operations, purchased IIM.  In August of 2010, Steve Martin, President, purchased Bob Jones’ share of the business. In 2015, he purchased Wayne Collinsworth’s shares.

Innovative Industrial Motion has a long history of success in the power transmission and motion control industries.  The company is currently executing a long term growth strategy and reinvesting in the company for the future.  IIM is committed to increasing market share for the manufactures we represent, expanding the markets that we serve and the products that we offer.

We have over 115 years of combined experience in the motion control and power transmission industries.

We have long term relationships with distributors, end users, and OEM’s in the markets we service.

We are committed to being reputable, honest, and ethical in all our business activities.

We don’t get paid unless something is sold.  We have synergy between our product lines. In order to provide the best solution for the customer, we are able to bundle our product lines if needed.

We are investing in the company and making the changes that are needed to compete in a very competitive business environment.

We have a 20,000 square foot warehouse located 15 minutes from the Memphis, TN airport. It is a one day shipping point for most of  our customers.